All nature pictures were taken by us in or near Magyarlukafa, unless stated otherwise.
Besides the usual suspects such as the common toad and the green frogs you can encounter three interesting species in Magyarlukafa, which are absent from the United Kingdom.

Undoubtedly, the most beautiful is the European green toad (Bufotes viridis). It's a night-active species and, hence, we'll find it most of the time at night on the asphalt of the village street, or during daytime in a hole or another hiding place.

Our common brown frog (Rana temporaria) is not present in great numbers in Magyarlukafa, but a similar species, the agile frog (Rana dalmatina) can be seen readily in the woods or in the garden.

The most interesting species is the least conspicuous: the yellow-bellied toad (Bombina variegata). This small toad is rare in most of its distribution area and is absent in many parts of Hungary. It is however common in the direct surroundings of Magyarlukafa in his typical habitat. The yellow-bellied toad and its tadpoles only live in the water of shallow puddles and tractor tracks in the forest or at its border. The absence of most of its enemies (fish, dragonfly nimphs...) compensates for the risk of desiccation of the pools. Its main enemy is the grass snake, which can be found regularly in or near shallow pools of that sort. As its name suggests the yellow-bellied toad has bright yellow to orange spots on the under side, which it's not likely to show. 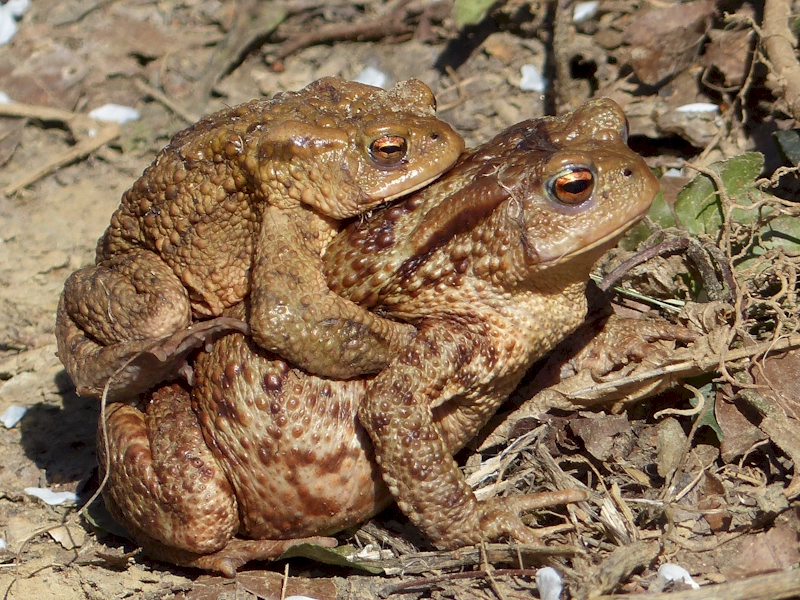 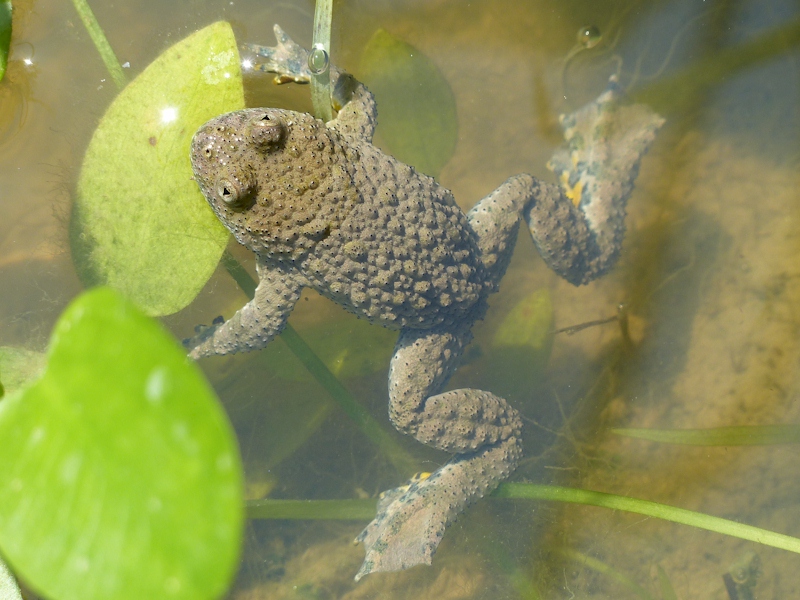 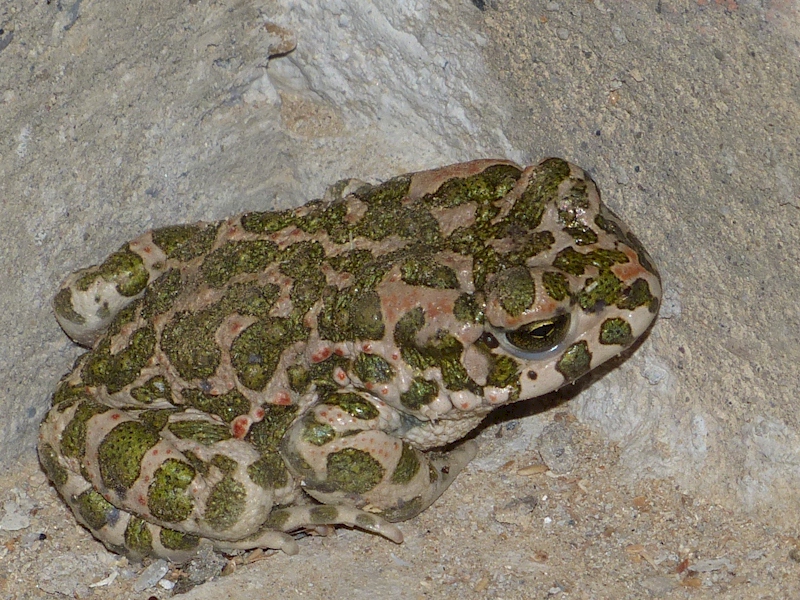 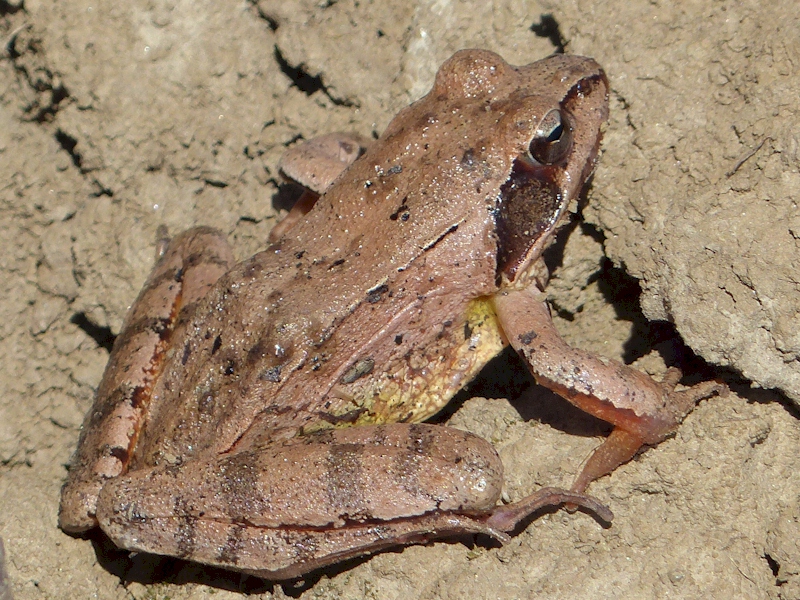 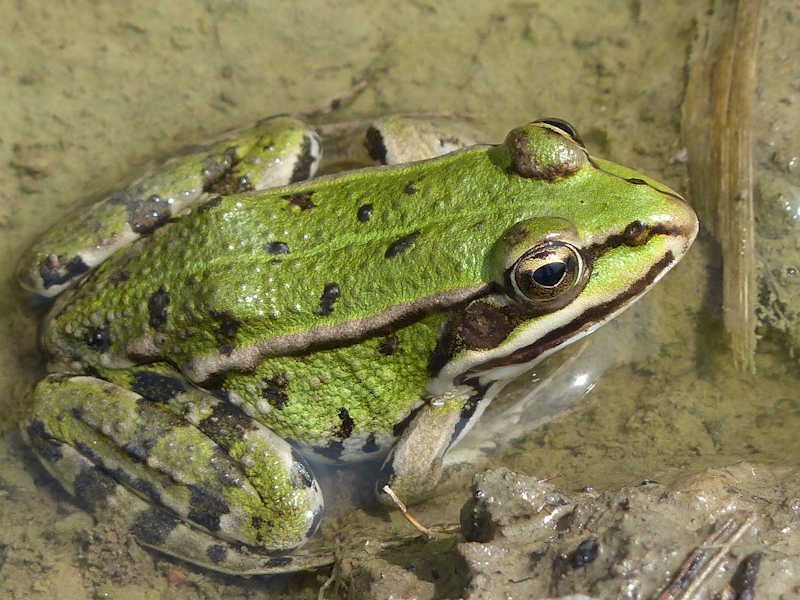 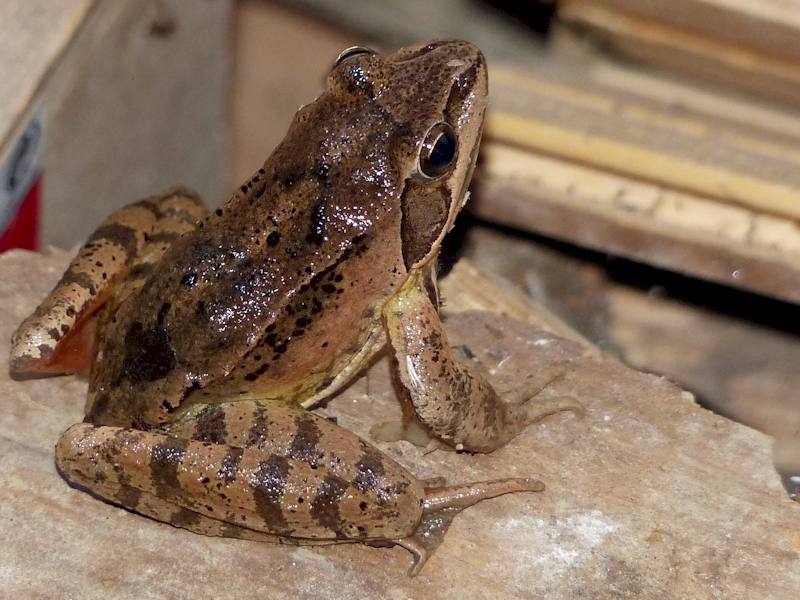 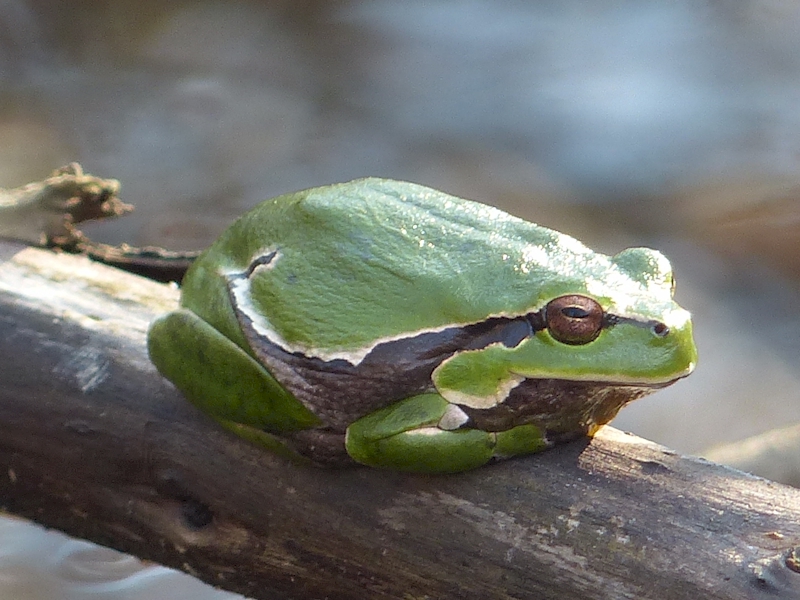 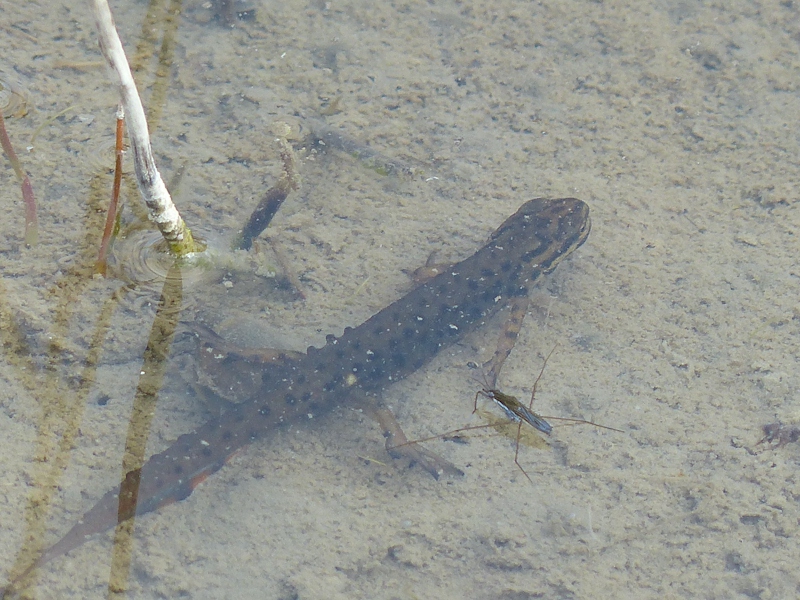 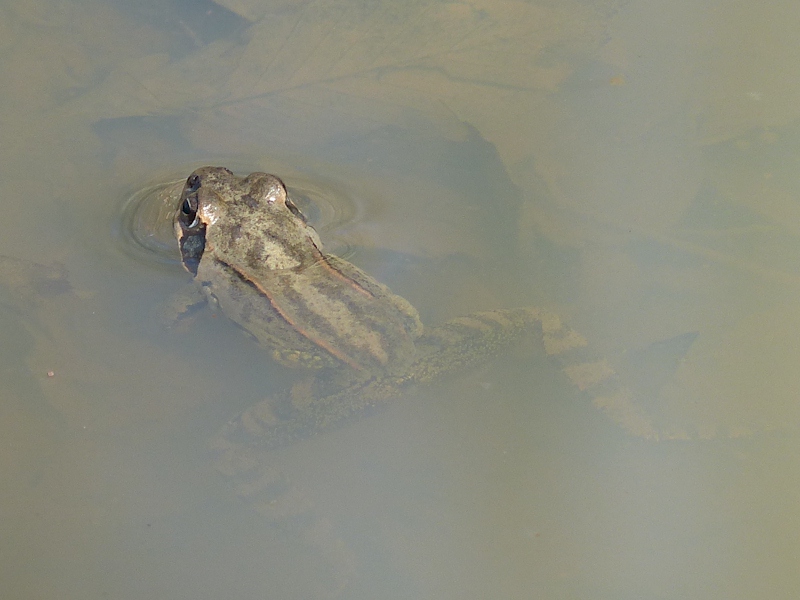